Born and raised on the lower mainland of British Columbia, Canada. I spent two years at Langara College in the Fine Arts Program and finished my studies at Emily Carr University in 1998 majoring in sculpture and drawing.
I now reside on Vancouver Island. In my work, I use traditional drawing materials such as pencil, coloured pencil and oilbar in drawings on paper and wood. These mediums are used in conjunction with elements of collage and the use of industrial materials, such as epoxy resin and auto-body pin-striping.
I produce work that has a strong connection to a personal history, and in particular, a rebellious and romanticized history. Both pop culture and art historical contexts infiltrate my work. Creative explorations are strongly influenced by my passions for, and broad interests in, music and film; weakness for childhood space adventure movies, classic westerns and hot-rod/ motorcycle culture. 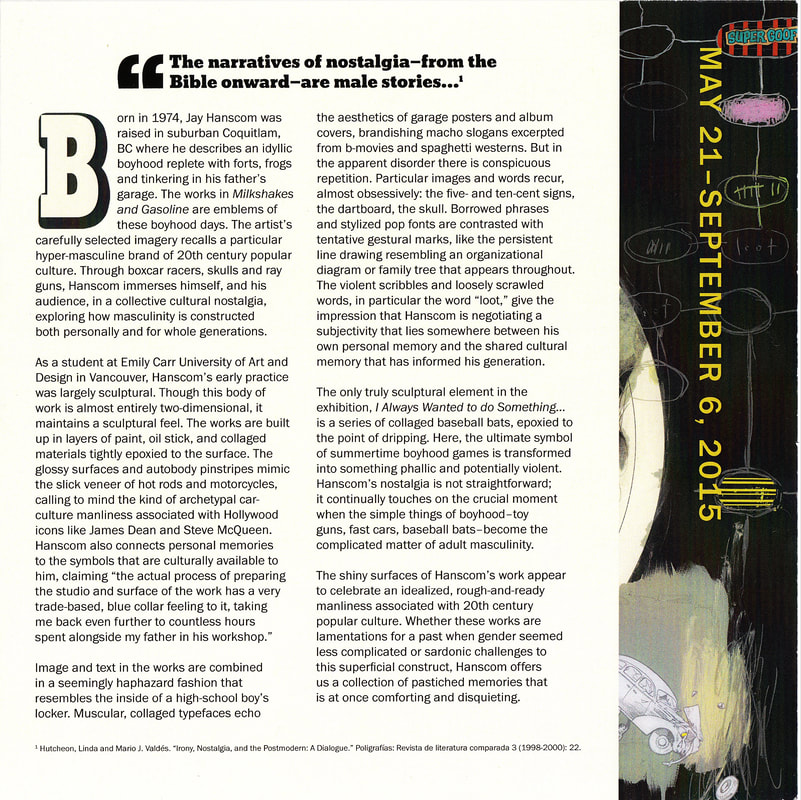